In worship at Elim last weekend, Pastor Martin Schlomer shared a compelling message from John 2 of Christ’s consuming passion for both the symbolic and manifest presence of God in our midst.

For the Jews of His day, that symbolic presence was the Temple. Christ’s passion for this powerful symbol of God’s presence in the midst of His people was so consuming that this most meek, humble, and lowly of men stunned religious leaders, bystanders, and even His own disciples by making a whip of cords and forcefully driving exploiters out of His Father’s House of Prayer! (That would have been something to see!)

Passion for the Presence

One of the most fascinating things about this passage, to me, is the few verses that follow it. They reveal that while the Temple was the symbolic presence of God, the real presence of God there in Jerusalem, the real “Temple,” was the Body of Jesus Himself:

Martin then went on to connect this passage with 1 Corinthians 3:16 …

Do you not know that you are God’s temple and that God’s Spirit dwells in you?

The implications are profound. We are to be consumed with zeal for the presence of God in His Church, the Body of Christ … both corporately, and locally, and more specifically as He dwells in the hearts of our brothers and sisters in Christ! Loving each other well is how the world will know we are His disciples. We are to burn with passion for His Church, His presence in the midst of a dark and decaying world.

Being Salt and Light

We are also to honor God’s presence in our own hearts, by seeking His holiness and by being salt and light as He calls us to be.

Recently, here on my personal blog, I shared how God used Cindy, one of my sisters in Christ at Elim, to help me understand how He wanted me to recognize that part of the purpose for this particular season in my life, having been laid off from my career job with World Vision, was to “clear out the rubble” so I could move forward to see and embrace what He next had for me.

I had an epiphany of sorts about this while Pastor Martin was sharing on Sunday. He spoke how he had struggled to understand how he could be salt and light while working completely within the “Christian bubble” that is Elim, and how as a result in 2017 he was planning to move “out of the bubble” and become a court-appointed special advocate (CASA) in order to start rubbing the salt into some of the places in our world that really needed it!

This made me think about what God was doing in my own heart and life. At World Vision, I too frequently felt frustrated that I never really had the opportunity to rub shoulders with the unsaved. (World Vision is another “Christian bubble.”)

Then, guess what? My “bubble” got burst! I was laid off last August. Since then, God has been building four new things into my life, and it wasn’t until Sunday that I realized each of them is an opportunity for me to become better salt and light:

Salt and Light Is Humble and Simple, Right?

Working for nearly minimum wage as a tutor or a wannabe taxi driver is not something I anticipated as God’s best for me when I was laid off from World Vision. (Although I could see myself gushing about mushrooms or writing sci-fi! I’m weird, I know.) Compared to what I achieved and experienced at that wonderful organization, what I am doing now is humbling in the very truest sense of that word. But I realized as Pastor Martin was teaching: It’s not something I chose; it’s something God chose for me, even as I prayed for His best for my life and for how He might use me in His Kingdom.

So, that’s my challenge to each of us as we consider how God wants to use US to be salt and light. You may not be the next American Idol, or the Great American Novelist. But maybe God wants you to serve others in the humblest ways possible? Perhaps He wants you to help a bedridden invalid, or care for a foster child, or ride the bus and talk to a hurting stranger, or build and hand out homeless survival kits. Or maybe He wants you to spend your time and energy praying (in obscurity, like countless prayer warriors before you) for anyone and everyone. Who knows?

Being salt and light is not just an individual responsibility for the believer; it’s a Body responsibility. So we are also to encourage and hold each other accountable as we seek to “march off the map” and influence a world that desperately needs Jesus.

Pray for His best (both for you, for your local church, and the Kingdom), and then let Him lead you where He wishes to! 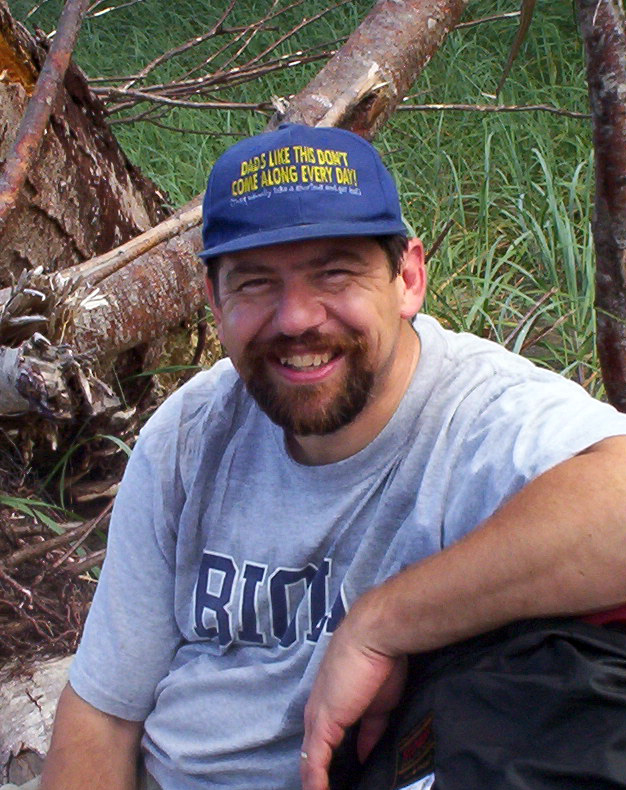 Larry Short is an author and novelist with three decades of experience in Christian communications, digital innovation, and nonprofit management. A graduate of Biola University, he created WorldVision.org, won the Evangelical Press Association’s Best Personality Feature of the Year award for this article in 1981, and recently published Fountains of the Deep on Amazon Kindle.

These days he spends his time as a corporate communications officer and webcast host for World Vision International, while working on a new (sci fi) novel and feeding his Mushroom Obsession. He is also community ministry director, prayer coordinator and worship team member and elder at an Evangelical Free church in the Northwest, as well as a grandfather, exotic mushroom hunter and hobby cyclist.
%d bloggers like this:
%d bloggers like this: